2022 Convention candidates With a primary

These convention candidates moved on to the Primaries for one of the following reasons:
1. Their competitor gathered signatures
2. Neither candidate reached the 60% threshold.

NOTE: Only convention candidates are listed. If the candidate is going to the primary because they gathered signatures they will not be listed here. 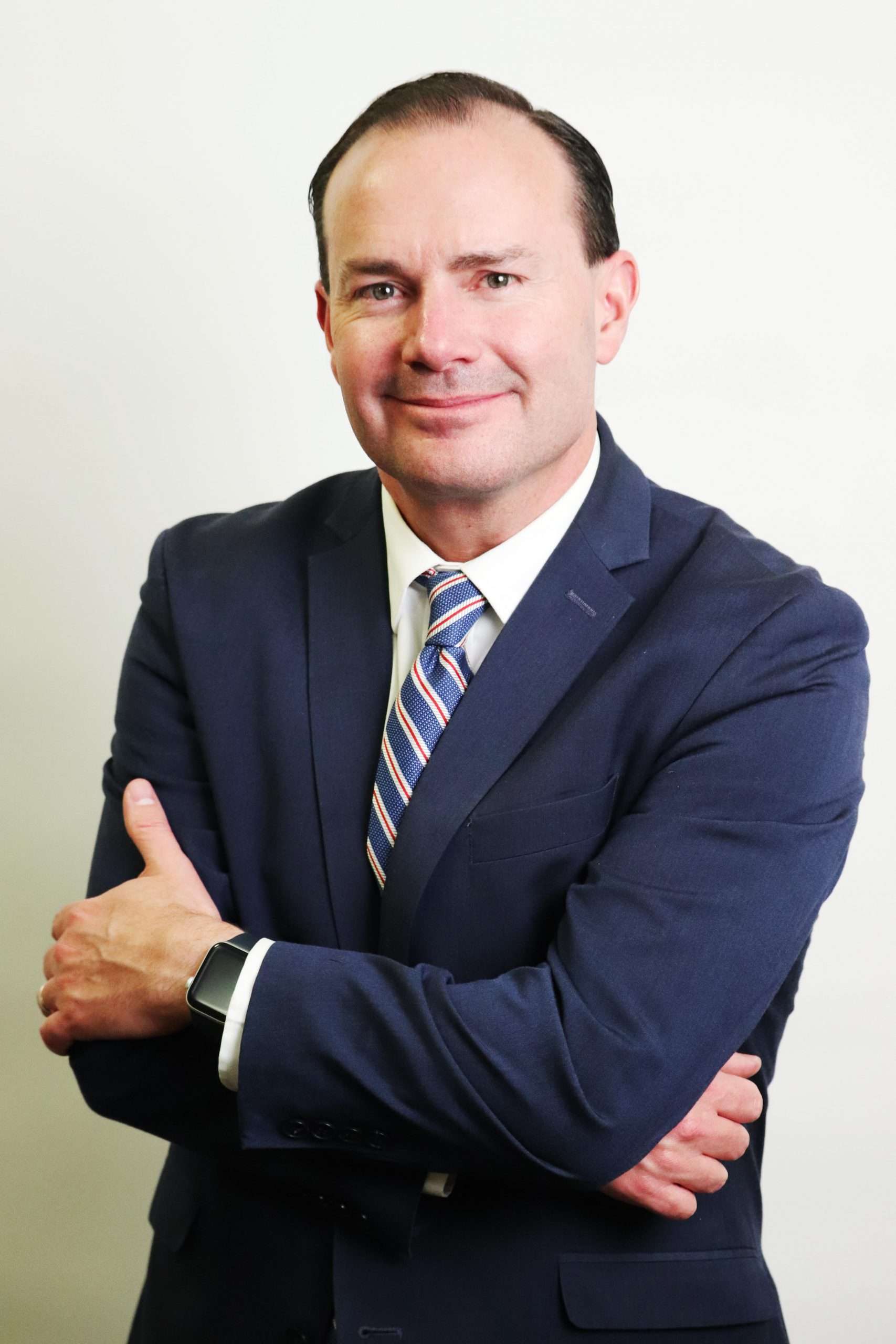 Mike learned his love for the Constitution around the family dinner table. Mike’s father, Rex Lee, served as Solicitor General under President Ronald Reagan and later as President of Brigham Young University. As a child, Mike attended his father’s arguments before the U.S. Supreme Court, giving him a unique understanding of the government from an early age. As an attorney he developed a more complete understanding of why the Constitution is essential to the protection of life, liberty, and property.

After graduating from law school in 1997, he served as a law clerk to Judge Dee Benson of the U.S. District Court for the District of Utah. He then clerked for Judge Samuel A. Alito, Jr., who was serving at that time on the U.S. Court of Appeals for the Third Circuit Court in Newark, New Jersey. After his second clerkship, he joined the Washington, D.C. office of Sidley & Austin, where he specialized in appellate and Supreme Court litigation. Several years later, Mike was invited to serve as an Assistant U.S. Attorney in Salt Lake City, preparing briefs and arguing cases before the U.S. Court of Appeals for the Tenth Circuit. He served as Governor Huntsman’s General Counsel and then went to Washington for a one-year clerkship with Justice Alito at the U.S. Supreme Court.

Following his clerkship, Mike joined the Salt Lake office of the Washington, D.C.-based law firm of Howrey LLP. Mike has earned a reputation as an outstanding lawyer based on his sound judgment, writing and courtroom advocacy skills, and thorough understanding of the Constitution.

Mike and Sharon have three children and live in Provo, Utah. 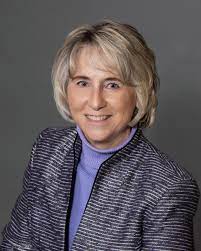 South Jordan has been our family’s home for over 20 years. It has been my privilege to take an active part in the community and serve on many committees and boards, working to fulfil a personal goal to contribute to my community and make the world a better place.

Priorities for Utah:
1. I support conservative budget policies that demonstrate fiscal restraint and limit burdensome regulations. As a Jordan School Board member, I helped reduce school construction costs by over 17%. In the legislature I sponsored legislation to reduce licensure barriers for individuals applying for jobs.

2. Local decision making. I support conservative solutions that respect the governance of cities, schools, and families. I passed legislation to reduce regulations and increase childcare capacity to help parents find care that fits their family’s needs.

3. Support high-quality education. I favor conservative policies that support our great teachers and provide options for families. I sponsored legislation reducing government bureaucracy and costs by reducing the number of reports schools and districts are required to fill out which will allow educators to concentrate on students and improved classroom results. Another bill expanded choices for students in concurrent enrollment.

4. I Collaborate with citizens to create better policy. I worked with residents to pass legislation that protects local property owners from eminent domain. I created policies to help eliminate vaping in schools and strengthen positive behaviors in students. I worked with South Jordan citizens to pass legislation to reduce sex trafficking and protect kids from pornography.

5. Supporting individual liberty is a priority while maintaining our quality of life. I worked with legislators and city leaders on conservative plans to meet our transportation, air quality and water needs. 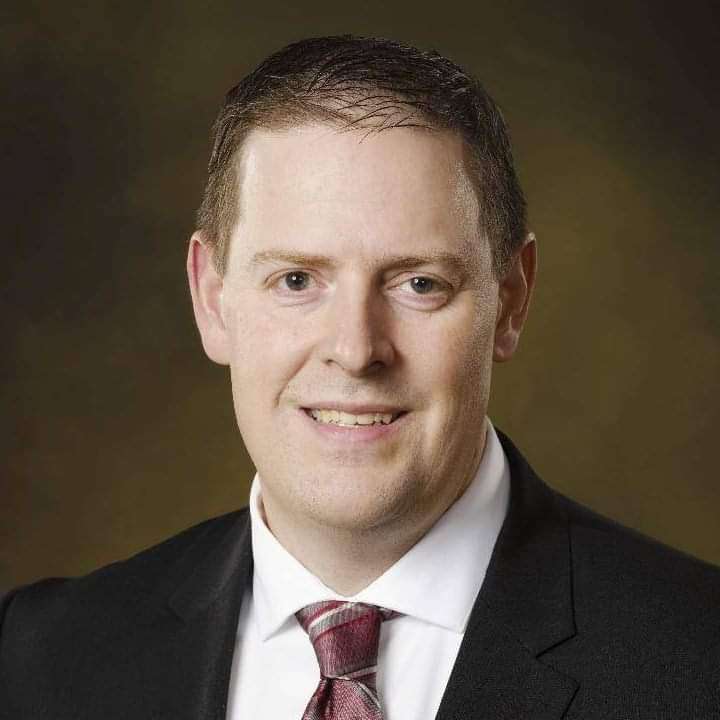 Elections are about choices, and I believe it’s important to compare and contrast the records of those running for office so you can be as informed as possible in representing your precincts as a delegate. Here are a few key points:
-This County Council District has been represented by the same councilmember for 12 years, and now seeking 16 years.

-During the last 12 years, the county budget has doubled growing from $700 million to now $1.4 billion dollars during which time the county’s services have decreased.

-During the last 12 years, the Southwest portion of the county has seen less than 5% of eligible county sales tax dollars spent in our area, while we make up more than 30% of the population.

-During the last 12 years, we’ve seen the county make land use decisions that significantly impact our communities without adequate resident input.

It’s time for a new voice for the Southwest. Here’s what I have done as a Riverton City Councilmember, and what I would commit to do as your County Councilmember:

1. I have saved taxpayers over $8 million with the formation of the Riverton Police Department and the Riverton Fire Service Area.

2. I have maintained low fees with Riverton being the lowest in the county for services.
I have attracted big business establishing reoccurring revenue sources vs. one time revenue sources that are dependent on residential development.

3. I have built transparent processes with Riverton’s budgeting and zoning processes.

4. I was the first councilmember to begin dialoging with residents through various social media platforms and listing my cell phone when in office. I further supported the creation of the communication department which as been recognized by our residents for the timely and efficient communication.

A vote for me is a VOTE for ACTION Not WORDS. 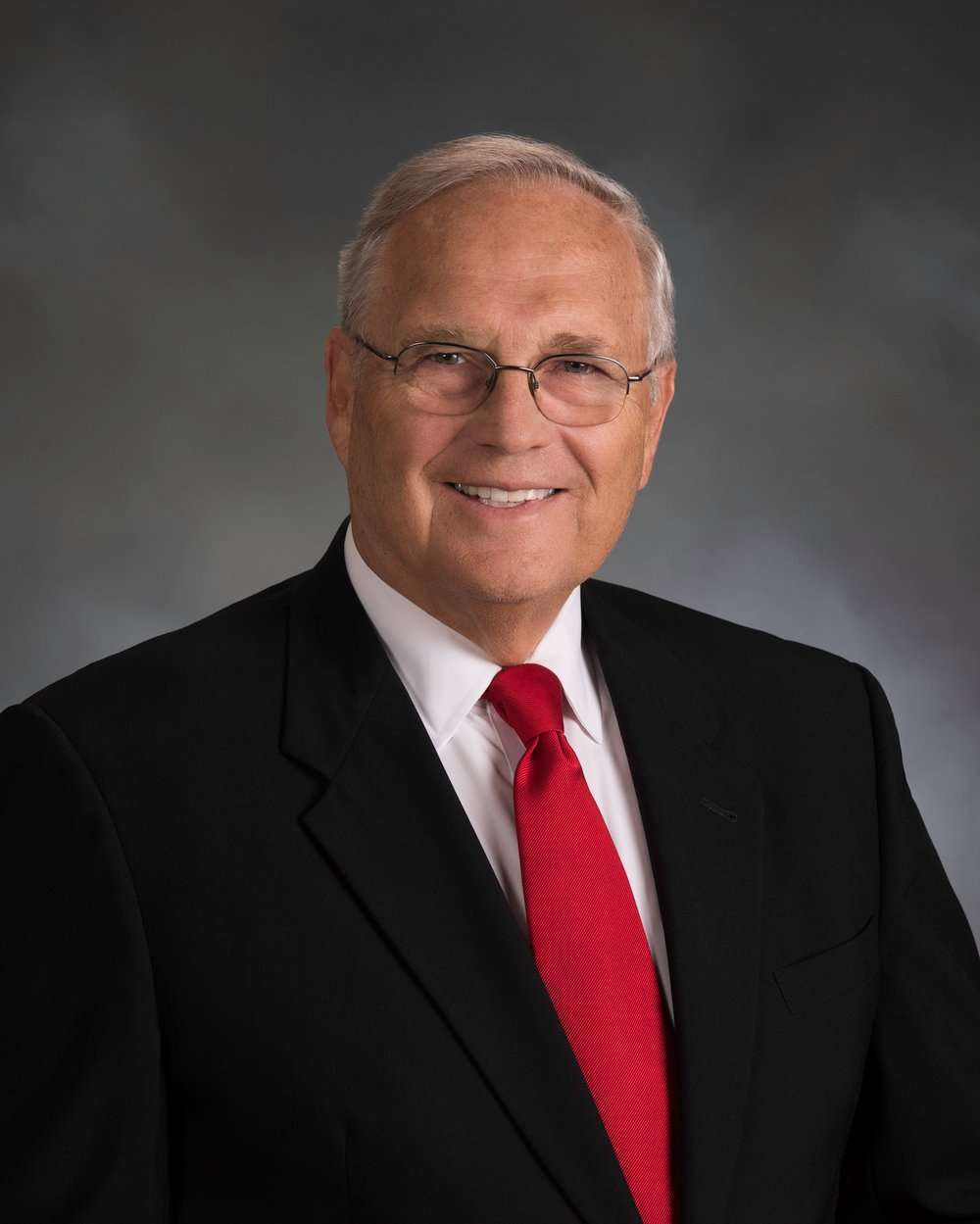 I am W. Gary Sandberg. I have lived in Salt Lake County my entire life. Following the untimely death of my first wife, with whom I shared an adopted daughter, I met and married Darcy Ellis. We were blessed with 4 sons, and 18 grandchildren. From the same home, I attended 3 elementary, 2 jr. high and 2 high schools, graduating from Olympus High. With annual boundary changes, I enjoyed making new friends each year. As an athlete, I played football for Coach Lavell Edwards at Granite High, who was also my wrestling coach and Drivers Ed. & health teacher.

In addition to 4 years of business management studies at the U of U, I served a church mission in Sweden. Thereafter, I served for 8 years in the Utah Nat’l Guard, achieving the rank of 1st Lieutenant, however, due to my first wife’s passing at age 26 leaving an 8 month old child in my sole care, I reluctantly resigned my commission. I stayed involved in public service as an Honorary Colonel in the South SLC Police Dep’t and as a Decker Lake Juvenile Correctional Facility volunteer.

Utah’s Granite Mill and Fixture Co. was founded in 1907 by my Grandfather Frederick R. Sandberg. For 115 years, it has created fine woodwork locally and internationally. An employee since age 9, I worked beside my father, Wayne L. Sandberg, who was and is, my hero!! My tasks were menial at first, but I loved the smell of wood and learned from skilled craftsmen, who built and molded beautiful things from nature’s great gift of WOOD. The Granite Mill legacy passed to me from my father (who served as a Utah 4th District State Senator) and grandfather, and is carried on today by three of our sons. It has employed hundreds of workers over the years. From sweeping wood shavings and operating complex equipment to making multi-million dollar decisions, I have experienced all facets of business, including 6 years as the Nat’l Director of the Architectural Woodworking Institute and as a member of the U of U Fine Arts Advisory Board. 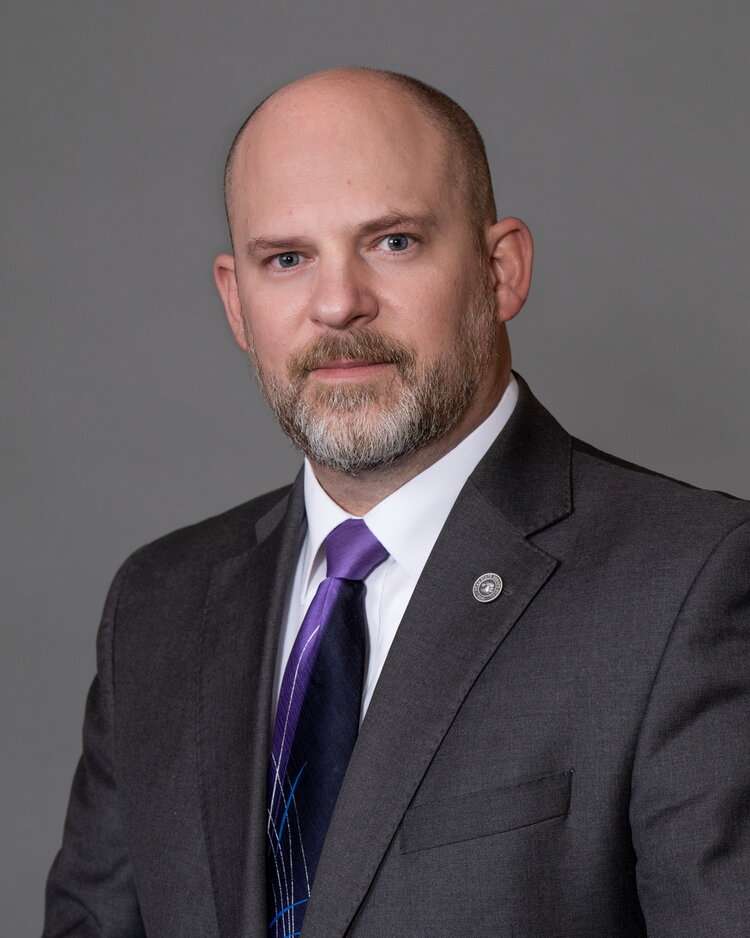 Senator Daniel W. Thatcher was elected in 2010, defeating a Democratic incumbent in a historic upset. He has maintained a solidly conservative voting record on protecting the unborn, constitutional rights, lower taxes, and school choice. He is best known for championing criminal justice reforms, veteran’s issues, first responders, and the creation of the SafeUT and 988 Crisis support systems. Government has more oversight and transparency because of his work. He has repealed more laws than any legislator in Utah history, and in addition to voting against SB54, has NEVER gathered signatures. He is married to a US Navy combat veteran. 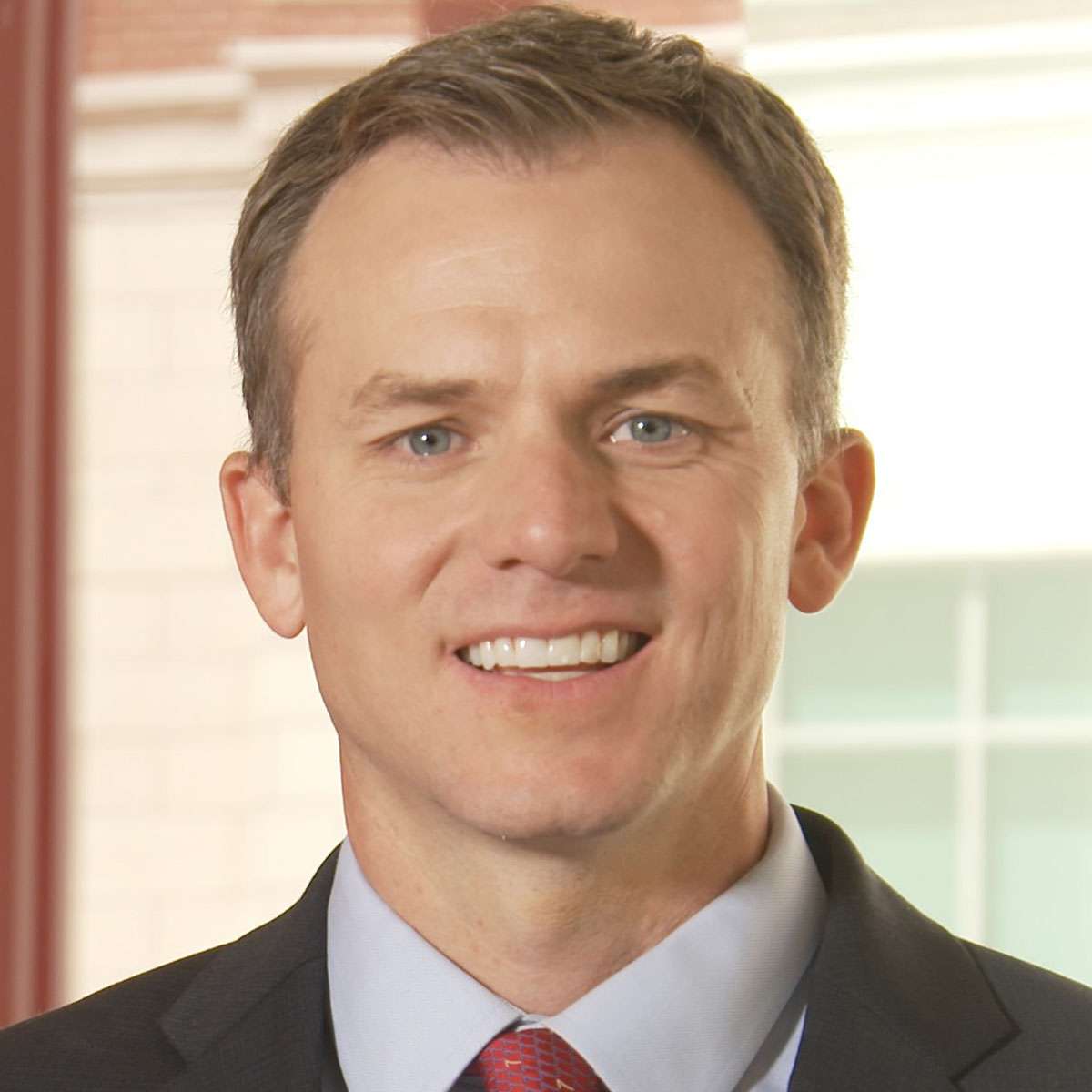 A native of Ogden, Blake Moore is an effective conservative dedicated to reflecting Utah’s values in Congress and finding solutions to the challenges facing every American. Prior to Congress, Blake served our country in the intelligence and defense community and helped small businesses as a management consultant. In his first term, he has fought Biden’s failing energy, foreign, and economic policies, delivered for Utah and Hill Air Force Base, and positioned himself for leadership when Republicans win back the majority.

Blake’s wife, Jane, and his four kids motivate him to protect and defend the American Dream. 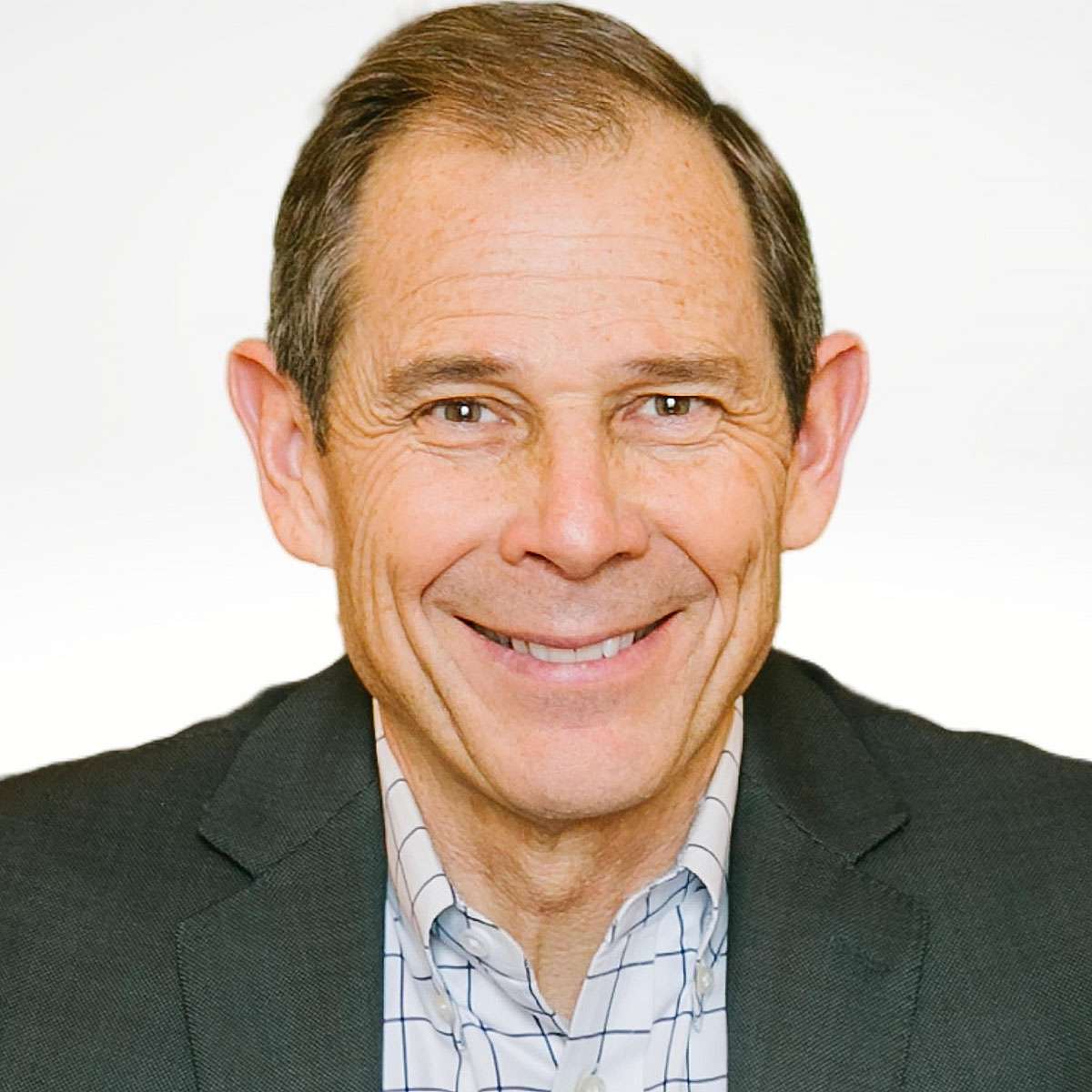 Congressman John Curtis is arming Republicans with science and solutions to combat extreme and counterproductive climate policies. That’s why, in less than a year, his Conservative Climate Caucus (CCC) has become the second largest caucus in Congress. With his leadership, Republicans are fighting to unleash US energy production and drive down prices. They’re fighting to reinvigorate public lands with livestock grazing. They’re fighting to protect the environment with sensible land management. CCC’s agenda will put the US economy on steroids, establish national and international security, and re-secure US energy dominance and food independence. Those policies are also best for the environment.